Singer Cynthia Morgan has said that her two singles are better than MC Galaxy‘s two albums.

MC Galaxy had thrown a sub aimed at Tekno for wading into the perceived Wizkid/Davido beef, saying:

Funny how CEOs who control 100% of their income are talking while an ordinary employee that rarely takes home 20% is trying to interfere. Abeg stay humble! We know say you never reach their levels. Let’s just sit and watch because if two Elephants dey fight, Na ground dey suffer am.
You make hits, we make Money! #SHUPE

The Nigerian entertainment industry is so immature, led by leaders who are not truly leaders. If you want to be a leader you can’t be everyone’s friend. I see mc galaxy saying something about lions and 20percent. yo bro you know I like you a lot but you need to shut up. Every lion was once a cub. And btw it’s easy for everyone to call themselves lions. The real lions don’t need description. By their prints you shall know them. 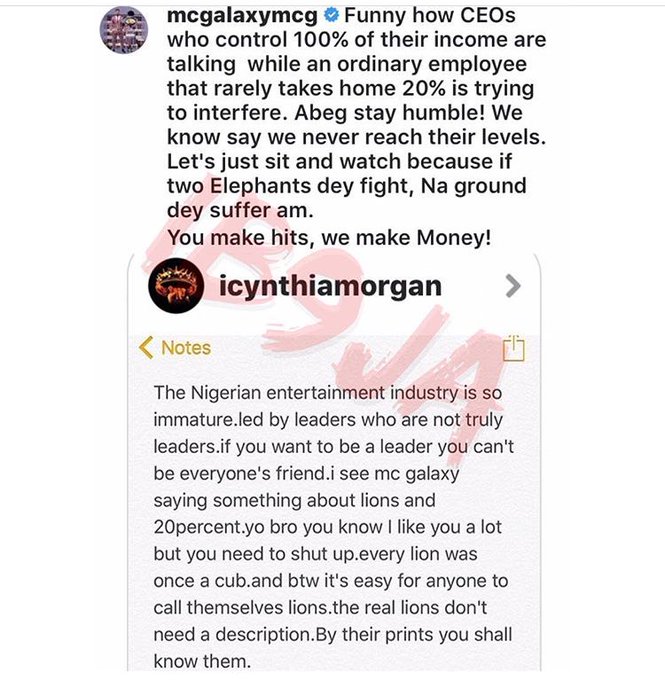 Cynthia Morgan quoted the tweet, saying: “I don’t want to call you names bro.cos even my two singles are doper than his two albums.”