The University of Lagos has suspended another lecturer, Dr. Samuel Oladipo, of the Department of Economics, Faculty of Social Sciences after he was also indicted in the Sex for Grade documentary produced by the British Broadcasting Corporation BBC. 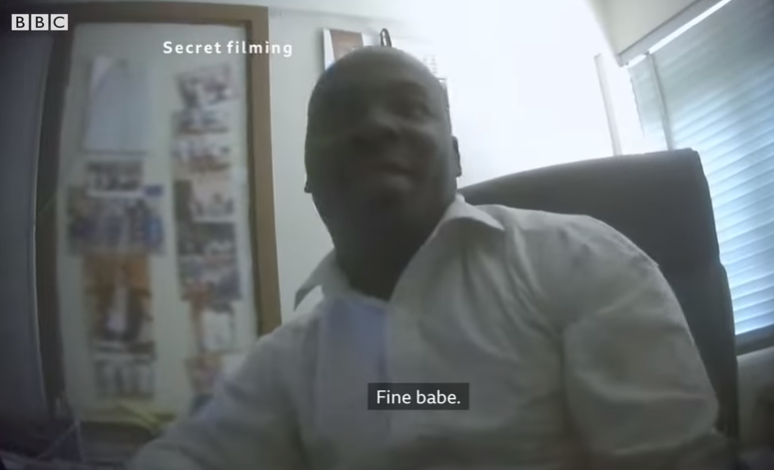 Oladipo was caught on tape pressuring journalist, Kiki Mordi, who posed as a female student, for sex. Oladipo in the video, asked Kiki to go on dates with him, teased her about her breasts and even took her to the famous ”Cold room” where other lecturers bring female students for pleasure.

The University on Monday October 7th, suspended a lecturer,  Dr Boniface Igbeneghu, of the Department of European Languages and Integrated Studies, Faculty of Arts, after he was also caught on tape sexually harassing the female journalist who posed as a 17-year-old seeking his help for an admission into the University.