Popular American rapper Offset has reacted to a tweet that has his name attached to it.

The rapper hinted that the tweet from his Twitter handle was fake and it was from a user identified as DJKotech.

Recall that the rapper was reported to have allegedly downgraded Davido’s wife.

And also, the rapper has reportedly had his Twitter hacked earlier.

Reacting to Davido’s reply to the tweet, the rapper has hinted that it was a fake tweet and that wasn’t him.

Read what he tweeted below:- 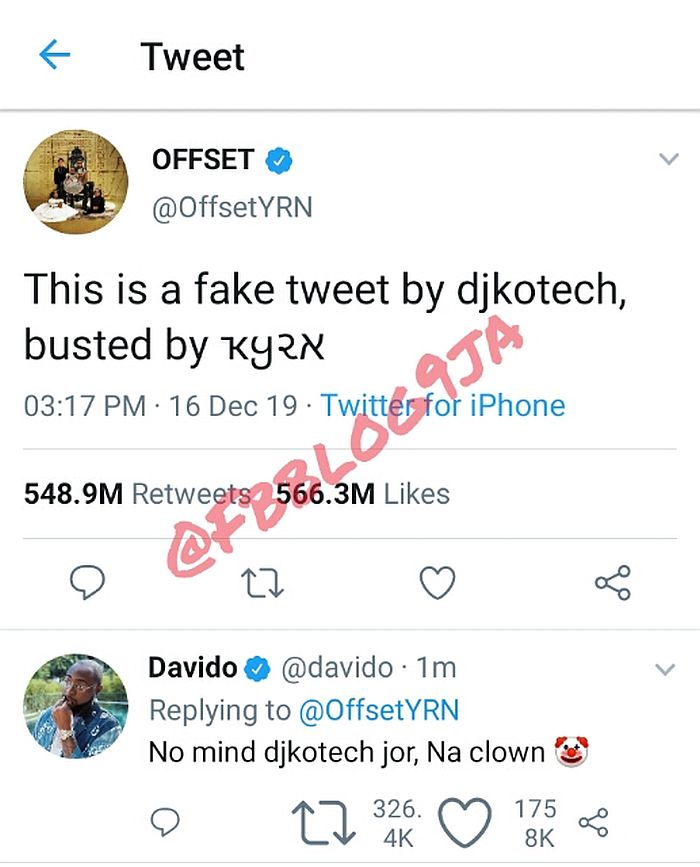