Following Davido’s disclaimer of viral COZA video, popular PR consultant, Wale Adetona, has reacted to the viral video, stating that the singer did the video consciously.

Recall that Davido issued a disclaimer dissociating himself from the church. The singer also stated that he didn’t endorse the promotional video.

However, Wale Adetona thinks that Davido consciously did the promotional video for COZA and his disclaimer afterward was because of the backlash he received from some Nigerians.

“There is no way Davido would make me believe he didn’t do that video consciously as a promotional video for COZA. And nobody would killl him anyways. The disclaimer is just an after thought because of the backlash. Before you argue, watch the video again and come back to comment.” 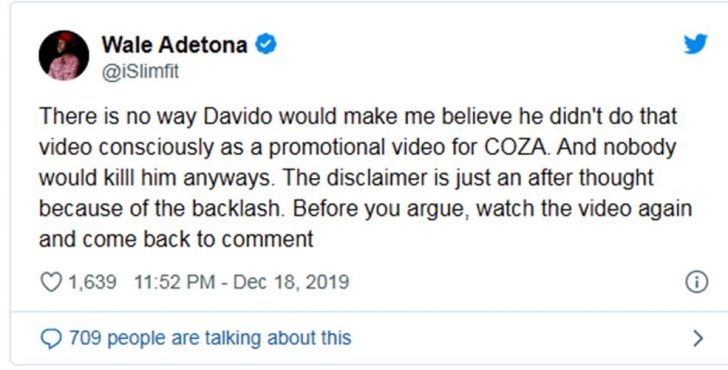