Popular Nigerian On-Air-Personality, Daddy Freeze has said he sees former Head of State, Sani Abacha‘s loots which have been returning to Nigeria at higher dollar-naira exchange rates, as an investment and not as loot.

The OAP who believes that science is the greatest miracle of all time, made this known in a post he shared via Instagram on Tuesday also expressed surprise that money looted by a man who died more than 20 years ago is still being refunded in 2020.

Writing further, he wondered what would have happened to that money if it wasn’t looted and prayed the powers that be don’t “re-loot” the refunded loot.

He concluded by describing the continuous refund of Abacha’s loots as “Al’loot’a“.

See what he posted below:- 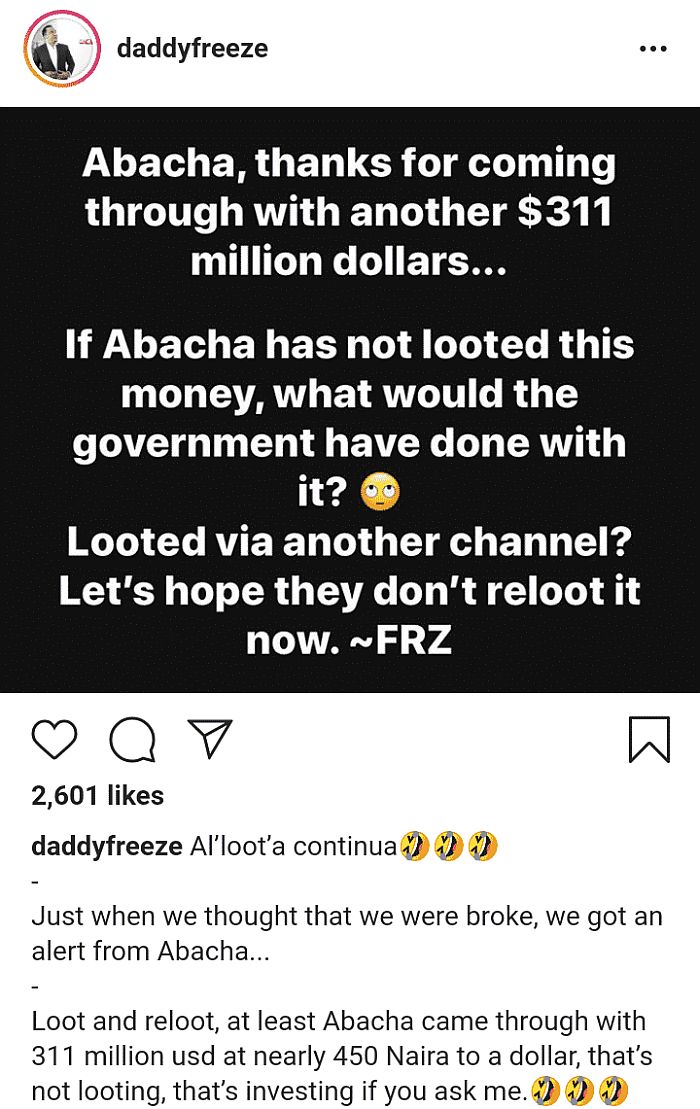